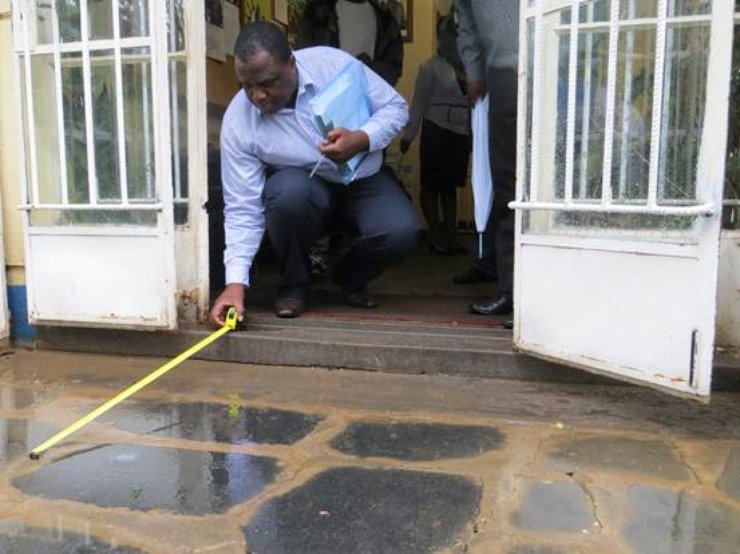 Section 68 of the Thematic study by the Office of the United Nations High Commissioner for Human Rights on participation in political and public life by persons with disabilities states:

In the majority of countries that responded to the OHCHR questionnaire, persons with psychosocial and intellectual disabilities continue to be deprived of their right to vote and be elected on the basis of constitutional or legal provisions that link their political rights to legal capacity. Such restrictions may be inconsistent with the obligations that States parties have undertaken under articles 2, 12 and 29 of the Convention, and should be eliminated as a matter of priority from national legislation and practices, in accordance with article 4, paragraph 1 (a) and (b), of the Convention. In order to ensure that persons with psychosocial or intellectual disabilities exercise their right to vote and be elected on an equal basis with others, States parties should adopt all appropriate measures, in line with article 12, paragraph 3 and 29 (a) (iii), to provide persons with disabilities with the support they may require, including the assistance of a person of their own choice, in exercising their political rights.

Article 25 of the International Covenant on Civil and Political Rights should be interpreted and applied taking into account the developments in the areas of human rights of persons with disabilities. In the light of these developments, the Human Rights Committee should consider reviewing its general comment No. 25 (1996) on the right to participate in public affairs, voting rights and the right of equal access to public service, so as to reflect the progressive evolution of international human rights law in this field.

The replies to the questionnaire provide a number of positive examples of the efforts undertaken by States to ensure that persons with disabilities can exercise their voting rights on an equal basis with others. However, they also show that in many countries persons with disabilities continue to encounter a number of physical and communication barriers, ranging from inaccessible polling stations to the lack of information in accessible formats that prevent or limit their equal and effective participation in the conduct of public affairs. Much more needs to be done to ensure the equal and effective enjoyment of political rights by all persons with disabilities.