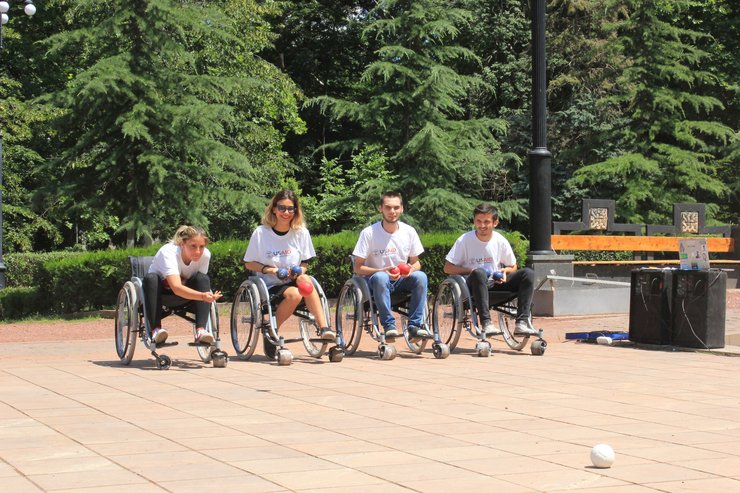 The Coalition for Independent Living (CIL) conducted disability rights awareness raising activities with youth at local universities. CIL conducted seminars and an advocacy campaign in recognition of National Disability Rights Day in June 2018 with support from the International Foundation for Electoral Systems (IFES) and the United States Agency for International Development (USAID). .

Part of CIL's advocacy was one-day disability inclusion seminars with university students at seven universities to raise awareness on the importance of political participation and the inclusion of people with disabilities to improve democracy. Curriculum included topics such as the social model of disability, key principles of the UN Convention on the Rights of Persons with Disabilities (CRPD), implications of stereotypes, rights-based terminology and the media. During the seminars, students created slogans about independent living and the rights of persons with disabilities in political and public life, which were then used on social media for the advocacy campaign. Messages are on CIL’s Facebook page, including: “Recognizing the Barriers, Change the Attitude” and “Youth for Equal Society and Democracy”.

Practical classroom learning was complemented by an interactive awareness campaign which included a flash mob of 20 dancers with and without disabilities in celebration of National Disability Rights Day in Georgia on June 14th. The flash mob was followed by bocce ball games and simulations where students navigated barriers in wheelchairs. The day was widely covered by the media and CIL produced two videos that included student interviews. The videos can be viewed on here.