My Country, My Choice: Voting Procedures during COVID-19 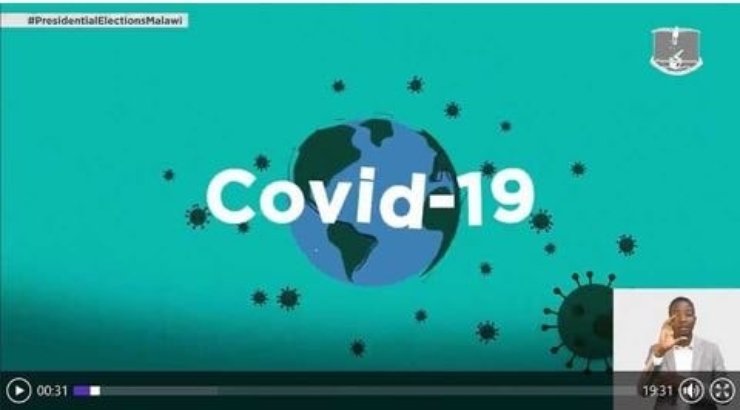 In May 2020, the Malawi Electoral Commission (MEC), with support from the International Foundation for Electoral Systems (IFES), produced a series of voter education videos as part of the “My Country, My Choice” campaign to inform voters of electoral procedures ahead of the June 2020 Presidential elections. This video, which includes sign interpretation, provides information about MEC measures to mitigate the spread of COVID-19 and enhance the effectiveness of the electoral process. The video is available below with a transcript in English.

Narrator: This fresh Presidential election is being conducted in response to a court order that annulled the 2019 Presidential election due to irregularities in the process noted by Court. This election is being carried out during the Covid-19 health crises. All voters, poll workers, and other stakeholders involved in the process are encouraged to abide by the basic health measures announced by health authorities including the sanitizing of hands, using face masks, and maintaining social distance of at least 2 meters at all times.

The Presiding Officer and Polling Station Officers arrive at the polling station two days before the election to be trained on electoral procedures. Presiding Officers are the managers of the polling station. They make sure that voting is organized and conducted in a free, fair, peaceful and orderly manner on Polling Day, and that votes are counted in a fair and orderly manner after the close of the polls. The Presiding Officer will make sure that all Polling Stations Officers know how to carry out their duties on polling day, such as checking and verifying voters, inking their fingers and issuing ballot papers. Other duties include maintaining an orderly flow of voters, assisting voters who need help to mark the ballot paper and checking booths.

At the end of polling, Polling Station Officers will help count votes and record the results on official forms. An official notice will be posted outside the polling station so that everyone can see the results.

The Malawi Electoral Commission (MEC) will provide materials for the polling station such as stationery, ballot boxes, ballot box seals, lanterns and cardboard voting booths which have special instructions to assemble them. Special security materials such as ballot papers and indelible ink for marking voters’ fingers will be provided separately.

Official forms must be used exactly as per the instructions, such as a Record of Polling Process, certification forms for opening and closing the polling station and a record of ballot box seals.

Other important forms are the Ballot Paper Audit Trail Form, Summary of Results of Count Forms and the Complaints Logbook. These forms make sure there is a record of all polling, counting and tallying procedures at the polling station.

Before opening the polling station at 6:00am, the Presiding Officer will open and present the empty ballot box to the party representatives, observers, monitors and media for inspection. The Presiding Officer will then seal the empty ballot box with the plastic security seals and record the seal numbers in the Record of Polling Process, which is witnessed and signed by one of the Party Representatives. All witnesses present are encouraged to record the seal numbers in their own notebooks.

Once all equipment and materials is ready, and everyone is in their place, the polling station can open. The Presiding Officer must record the exact time the polling station opens in the Record of Polling Process and send a text message to the District Commissioner. All polling stations must be open at 6:00am and no later than 6:15am.

Polling Station Officers will usher in voters one by one to the first desk. Distance of at least 2 meters must be maintained between all individuals to minimize the spread of viruses. The Identification Clerk will ask the voter for their Voter Registration Certificate and check that the voter’s fingers are not already marked with ink. No touching of fingers is allowed.

All polling stations must close at 6:00pm. At 6:00pm an usher will stand behind the last person in the voting queue so that nobody else joins the line. All voters still in the queue will be allowed to vote.

Counting the votes is a very important process which must follow a strict procedure. First, poll workers prepare the tables in the center of the room for counting and invite everyone to gather around to watch. Poll workers will then empty the contents of the ballot box onto the counting table and show all witnesses that it is empty. Presiding Officer will count each ballot paper without unfolding or sorting them. They will check the total against the ballot paper account. Recount if necessary, to double check and record the number of ballot papers. After that, Presiding Officer will unfold each ballot paper and make sure it is facing down. At the end, recount the ballot papers to make sure the numbers tally up to the number taken out of the ballot box.

The next step in the counting process is to hold each ballot paper up and display it to all the witnesses in the room and announce who the vote is for. Each ballot paper will be placed in a separate pile for each candidate. Null and void ballots will also be placed in a separate pile. Each pile of ballot papers will be counted and secured in bundles of 50 with a rubber band. At the end, the results will be recorded on a special form and announced by the Presiding Officer.

Persons allowed in the polling station are voters who are entitled to vote, MEC officials, up to two party representatives for each candidate, accredited observers, the media and security officers. They must all always present themselves to the Presiding Officer upon arrival and wear identification.

Party representatives observe the voting and counting process and can object to polling or counting that they think is incorrect by taking it up with the Presiding Officer. Party representatives make sure the rules are followed but they must not interfere with the process, communicate with voters or campaign for their party or candidate at the polling station.

Observers are free to watch the voting and counting process however if they spot a problem, they will report it to the Presiding Officer who will record it in the Complaints logbook.

The media plays an important role in reporting on the election process so should be welcomed by the Presiding Officer, however they must not direct any questions to other Polling Station Officials.

Presiding Officers do not comment on anything that is political or partisan. The media can take photos within the polling station with the approval of the Presiding Officer. The photographer must obtain the permission of any voters that are captured in the photo. No photos are allowed that show how a voter has marked their ballot.

Step 1: Ballot papers for each candidate are placed in an envelope.

Step 2: Envelopes will be sealed and signed. Party Representatives will be invited to sign the envelope too.

Step 3: Candidates’ envelopes will be placed inside the tamper evident envelope.

Step 4: All the unused, spoilt and cancelled ballot papers, counterfoils of used ballot papers, partially used ballot books will be placed in paper envelopes labelled correctly and put together in a plastic tamper evident envelope. The Presiding Officer and Party Representatives sign the envelope.

Step 6: Null and void votes will be placed in one envelope and placed in a separate Tamper Evident Envelope. This envelope will not be put in the ballot box.

Step 7: The number on the tamper evident envelopes will be written in the Record of Polling Process Logbook.

Step 9: Seal numbers will be noted in the Record of Polling Process and the ballot box will be labelled by indicating the name and number of the Polling Station.

Step 10: All other Forms will be placed in the envelope labelled “Miscellaneous Forms”.

Step 11: Record of the Polling Process and Summary of Results will be placed in the Tamper Evident Envelope labelled “Results” sealed and handed over to the Office of the District Commissioner together with the envelope labelled “Null & Void Votes’ containing the Votes which have been classified as null and void.

Step 12: All other materials used and unused will be placed into the container that the materials were originally supplied and will be delivered to the office of the District Commissioner with the ballot box and envelopes.