Barriers to Political Participation of Women with Disabilities 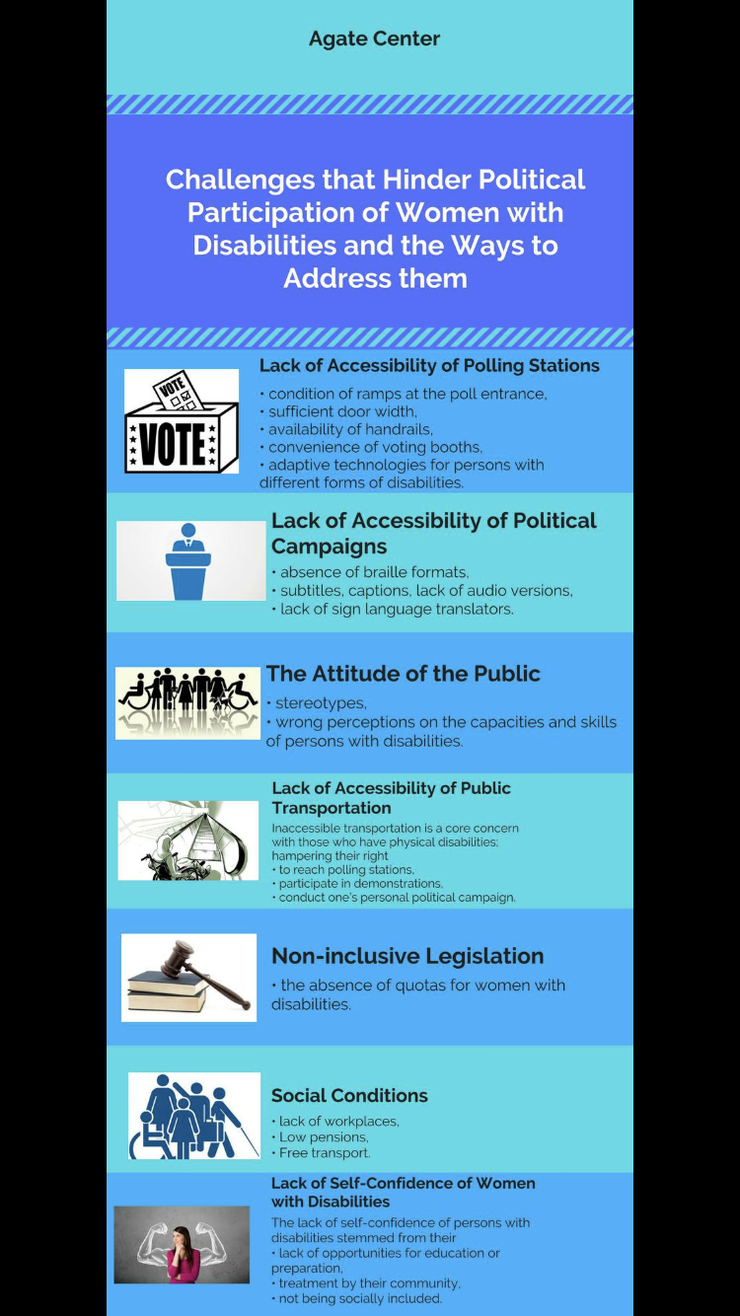 In 2018, Agate Rights Defense Center for Women with Disabilities, a disabled people's organization (DPO) led by women in Armenia, posted an image that includes information on barriers faced by women with disabilities in political participation. The image reflected research done by Agate with support from the International Foundation for Electoral Systems (IFES) and the United States Agency for International Development (USAID). The image was originally posted on Agate's Facebook page here.

Lack of Accessibility of Polling Stations

Lack of Accessibility of Political Campaigns

The Attitude of the Public

Lack of Accessibility of Public Transportation

Inaccessible transportation is a core concern for those who have physical disabilities, hampering their right:

Lack of Self-Confidence of Women with Disabilities

The lack of self-confidence of persons with disabilities stemmed from their: