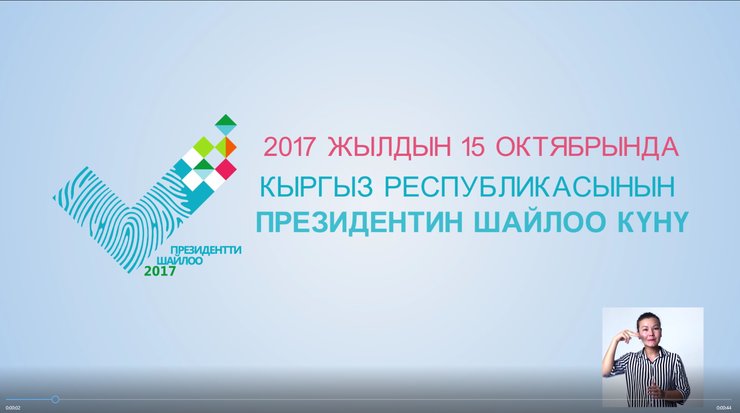 In 2017, the Central Election Commission of the Kyrgyz Republic (CEC) and the International Foundation for Electoral Systems (IFES) produced a video with information for voters that featured interpretation in Russian Sign Language. A transcript of the video is available below.

Voiceover: Dear citizens! A citizen of Kyrgyz Republic, who has reached the age of 18, passed biometric registration and has one of the national passports, has a right to participate in Presidential elections of Kyrgyz Republic. Biometric registration can be passed in one of the Public Service Centers and Passport Offices by presenting ID card. Until September 30, 2017, you can clarify your name in the voter’s list on the official website www.shailoo.srs.kg, or by referring to the call-center of SRS by sending your PIN via SMS from mobile phone to number 119. Calls and SMS are free.