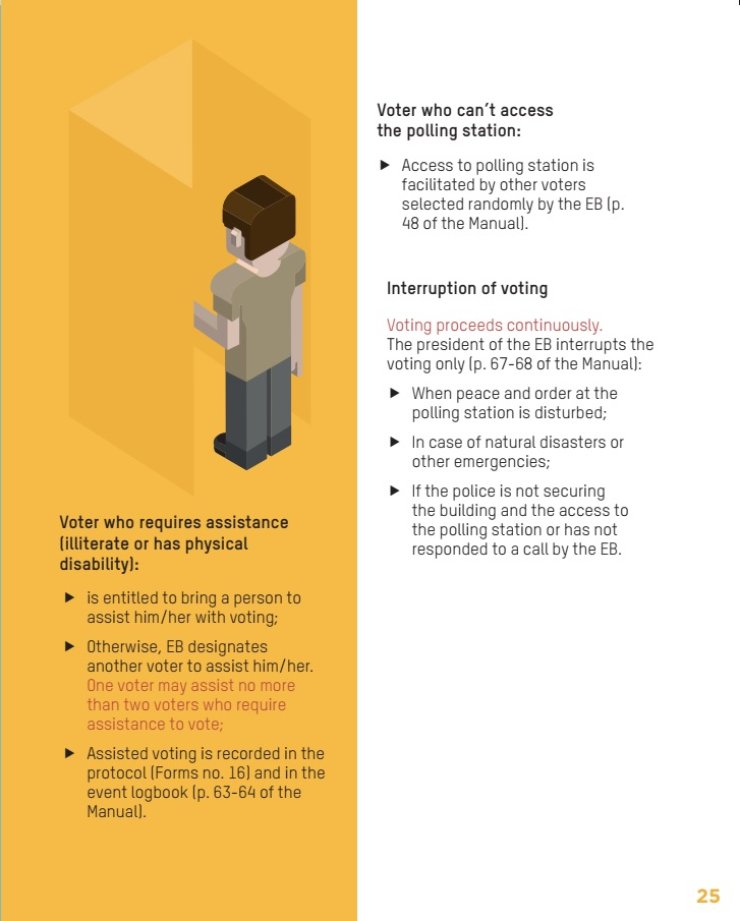 In 2017, the State Election Commission, with support from the International Foundation for Electoral Systems (IFES), published a pocket guide for poll workers with information for election day. The pocket guide included a page on supporting voters with disabilities.

The text of the page reads:

Voter who requires assistance (illiterate or has physical disability)

Voting proceeds continuously. The president of the EB interrupts the voting only (p.67-68 of the Manual):