The Fight for Accessible Voting During COVID-19 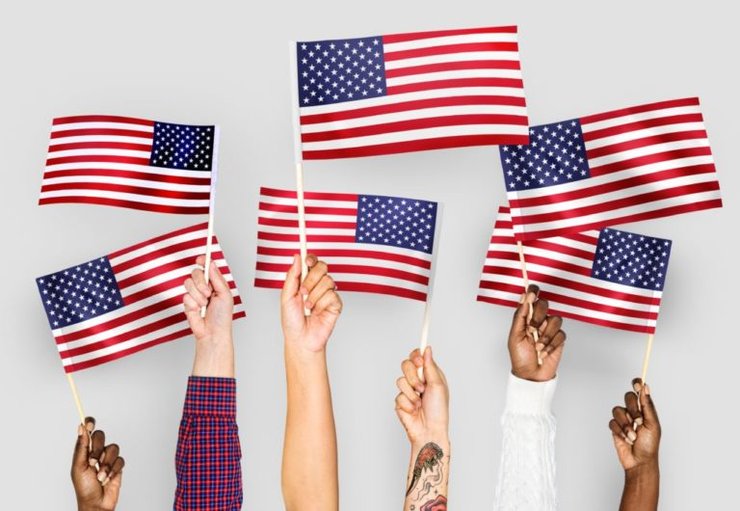 In September 2020, the American Association of People with Disabilities (AAPD) published a series of resources for voters ahead of the general elections in the United States. These resources included an article written by Lilian Aluri and Rachita Singh (AAPD), which discusses how COVID-19 has created new barriers to voting and solutions to make voting more accessible to everyone during crises. The full text of the article is below and available here on AAPD's website.

People with disabilities make up one of the largest voting blocks in the United States. One in four adults have some type of disability, and people with disabilities make up 35 million potential voters. When you add in voters who live with a person with a disability, such as partners, parents, caregivers, and siblings, this voting block suddenly represents over 62 million voters, which is more than a quarter of the total electorate. If we were to include family, friends, and caregivers outside of the direct household, that number increases exponentially and yet critical issues impacting the livelihood of people with disabilities remain absent from our elections and politics. Candidates up for election will talk about income inequality, but they will make no mention of subminimum wage, or they will speak to health care but not wish to address the access issues that affect individuals with disabilities.  For the promise of freedom to be extended to all Americas, the disability community must not be forgotten when it comes to the election process.

This year we celebrate the 30th Anniversary of the Americans with Disabilities Act (ADA), bipartisan legislation signed by President George H.W. Bush in 1990. The ADA made history as the first comprehensive civil rights law that addresses various aspects of the lives of disabled people, requiring physical accessibility in public spaces and prohibiting discrimination in education, employment, and transportation. Despite the progress and inclusion achieved by the ADA, many barriers keep people with disabilities from full participation in the political process, leading to a nearly 5% turnout gap between voters with and without disabilities. Dr. Lisa Schur and Dr. Douglas Kruse from Rutgers University determined that “If people with disabilities voted at the same rate as people without disabilities, there would be about 2.35 million more voters.”  While the Disability community is indeed large in number, it is one that is  thwarted by significant barriers including voter suppression, political isolation, and ableism that leads to the limitation of the disability community’s political power:

1. Inaccessible Polling Sites – While polling sites are supposed to be accessible to all Americans, many of them have significant access issues.  For many, the location of the polling place can prove to be inaccessible. People with disabilities were more likely to cite transportation problems as a reason for not voting in 2018 (8% compared to 2% of non-disabled individuals). Once you can access your polling site, the actual act of voting can be difficult. There are many polling places where the accessible voting machines are not working or the poll workers are not properly trained on how to provide accessible voting options. Ballot Marking Devices (BMDs) at polling sites, which allow the user to mark their ballot via a range of assistive technology, are often the only accessible ballot option short of having someone mark a ballot for you (which is not an option at all).

2. Stigma & Discrimination – Lack of physical accessibility at local polling places creates discrimination and a system of casual and deliberate exclusion for people with disabilities. The stigma of being disabled has been cited as one of the reasons people with disabilities are discouraged from voting, engaging in politics, and sometimes even openly identifying as disabled. During the voting season, those with intellectual disabilities are further discriminated against by not having information in plain language and a prejudicial belief that they are not worthy of casting their own vote.​

3. Disinformation and Lack of Engagement – Social isolation, which disproportionately impacts people with disabilities, reduce the possibility for people with disabilities to learn about accessibility rights at the polls and to be influenced by others to vote. This sort of disengagement leads to voter apathy – where people do not see the point in voting and believe it will not make a difference in their lives. Disability policy consultant, Sarah Blahovec once said, “If they don’t see the issue they care about, then there is a smaller chance of them voting. “A severe lack of disability representation in Congress adds to the distance between people with disabilities and politics.​

4. Voter Suppression – All of the previous barriers combine to suppress the Disability vote, particularly in communities of color that already face significant ongoing voter suppression. Policies like requiring photo IDs that are more likely to be held by white non-disabled voters, purging voting rolls disproportionately of Black and Brown and disabled voters, and targeted polling site closings also significantly impact the ability of individuals with disabilities to get out the vote.

The COVID-19 pandemic has created new barriers to voting and resulted in chaos at the polls and widespread voter disenfranchisement. It has become substantially harder for people with disabilities to get out and vote safely, privately, independently, and in a manner that is accessible to them.  Primaries have been plagued with issues, including long-lines at the polling stations, backlogs in absentee ballots, and last-minute voting changes.

During the pandemic, voters are turning to paper vote-by-mail and absentee ballots to reduce the risk of being exposed to COVID-19 at polling sites. While this has been a positive occurrence in many of the state primaries that have taken place this year, the unexpected shift has left fewer polling stations open – which limits voting accessibility and thousands of absentee ballots have been discarded. Additionally, without the proper planning for access, paper mail-in ballots are inherently inaccessible to people with print disabilities, such as vision or dexterity disabilities. As mentioned earlier, Ballot Marking Devices (BMDs) are the only fully accessible voting machines, but the pandemic has made in-person voting particularly risky for voters with disabilities. People with disabilities are disproportionately harmed by the COVID-19 pandemic because of higher rates of complicated health conditions and interrupted care, meaning that many people with disabilities must choose between their health or their vote.

What we can do to make Voting More Accessible for Everyone?

In order for people both with and without disabilities to cast their votes safely in 2020, we must increase remote voting options, while ensuring that both remote and in-person voting systems are accessible to people with disabilities. This means:

All of these options—BMDs, early voting, curbside voting, vote-by-mail, and electronic voting—have already been used across the country. However, each state varies on what voting options are available, creating an imbalanced system where many are at a disadvantage simply based on location. There are also logistical challenges from COVID-19, such as the shortage of poll workers, that complicate voting options.

Collective action by disability advocates, the broader civil rights community, and election officials is critical to both reducing voter suppression at the polls and getting the disability community activated to go to the polls. Learning from other marginalized communities, including LGBTQ, Latinx, and Black communities, we already have the strategies to expand accessible voting options across the U.S., including digital outreach through websites and social media, relational organizing within personal networks and communities, and partnering with civil rights organizations and coalitions, such as the NAACP and the ACLU.

In 2016, the American Association of People with Disabilities (AAPD) launched the REV UP Campaign to get people with disabilities registered, educated, and ready to vote. REV UP stands for “Register! Educate! Vote! Use Your Power!” and is a rallying cry from and to the disability community to mobilize the Disability Vote and raise the political power of the disability community. That task involves not only registering people to vote but also advocating for policies and strategies, like the four mentioned above, to ensure the reality of private, independent, and safe voting for all voters.

Particularly during the pandemic, REV UP is among many critical efforts to make sure that people in the most marginalized communities in America can and do get out and vote this election. At the same time, people should not have to choose between their health and the right to express their political opinions. This is why it is so crucial to continue to advocate for safe and accessible voting, especially in this year when the nation will choose its next president amidst life-changing circumstances.