Manual on Disability and Elections 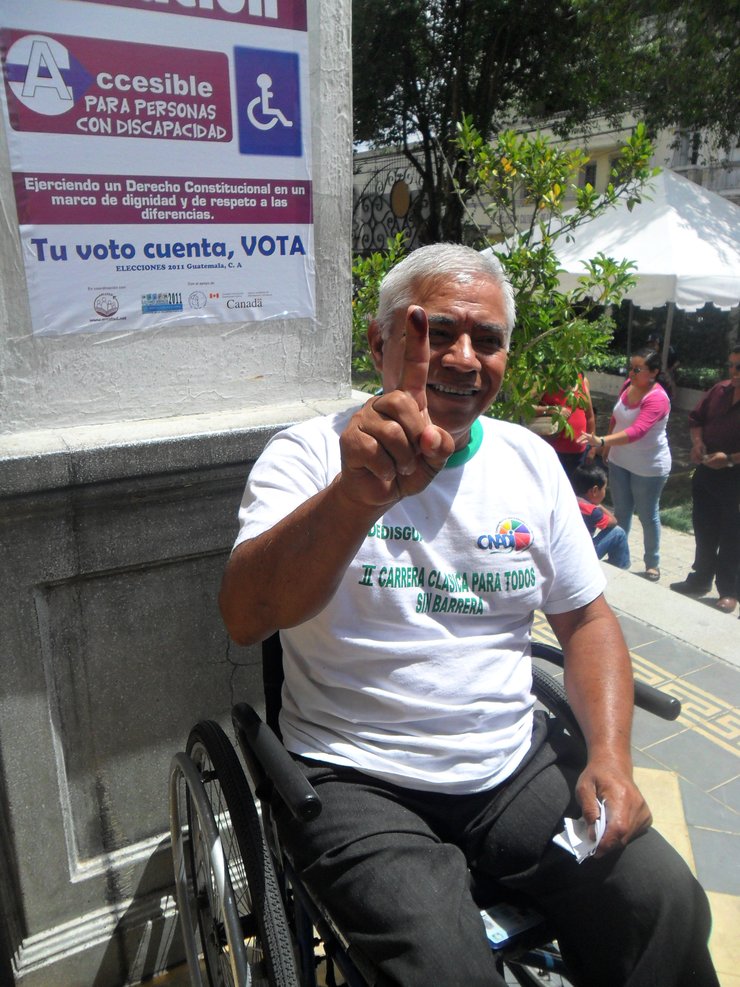 The handbook was launched on April 15th at the National Press Building. David Yang, USAID, Acting Deputy Assistant Administrator of the Bureau for Democracy, Conflict and Humanitarian Assistance opened the event with a panel featuring the manual’s lead author, IFES Access and Inclusion Specialist, Virginia Atkinson. Yang thanked IFES for “their courageous leadership to create this new path of inclusive elections.” He noted that Equal Access is “the first manual of its kind.”

Atkinson went on to give examples from IFES programming of the four mutually reinforcing strategies identified in the manual to increase the political participation of persons with disabilities:

Another panel at the event showcased USAID programs including IFES’ General Election Network for Disability Access in Southeast Asia, and projects implemented by PACT, Trust for the Americas and Everyone Counts. A video of the event, with captions, can be found here.