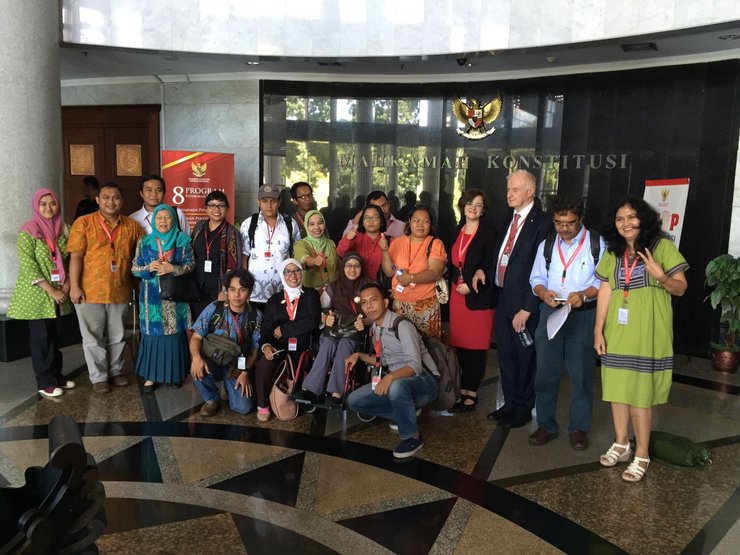 On April 4, Professor Ronald McCallum, former chairman of the Committee on the United Nations Convention on the Rights of Persons with Disabilities (CRPD Committee), currently teaching law at the University of Sydney, provided expert testimony for the Indonesian Constitutional Court on the proposed Elections Law.

McCallum also recalled pivotal court cases that have supported rights of persons with disabilities to vote, including the European Court of Human Rights decision that upheld the right of persons with intellectual disabilities who had been placed under guardianship to vote (Kiss vs. Hungary) and the finding of the Tokyo District Court to reinstate voting rights to a woman with an intellectual disability who had been placed under financial guardianship.

McCallum’s visit to Indonesia was supported by the International Foundation for Electoral Systems (IFES), and his expert testimony will be used by the Indonesian Constitutional Court to determine if persons with psychosocial disabilities will have access, under the proposed law, to vote in regional elections.