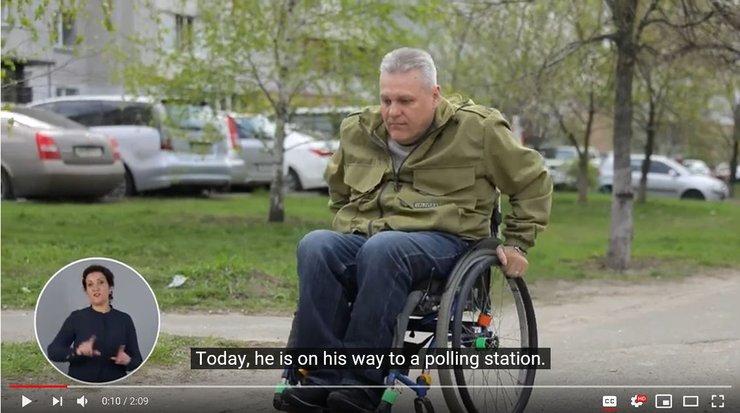 In 2019, the International Foundation for Electoral Systems (IFES), in cooperation with the National Assembly of Persons with Disabilities of Ukraine (NAPD), produced a video on ensuring accessibility of polling stations for people with disabilities. This video was developed by IFES with funding from the United States Agency for International Development (USAID), Global Affairs Canada and the United Kingdom Department for International Development (DFID). An English transcript of the video is available below.

Narrator: Oleh Poloziuk works as a lawyer at the National Assembly of People with Disabilities. Today, he is on his way to a polling station. Thanks to Mr. Oleh’s work, this polling station has become more and more accessible to people with disabilities.

Oleh: As a lawyer, I always write down my suggestions and proposals in the application request to the head of the DEC. Such applications are then reviewed at the meeting of the precinct election commission. And, as the polling station is located in a public building, the developer equipped it with a ramp. Getting this result requires initiative. For instance, in a form of application to the owner or operator of the premises. And then the owner or operator can plan expenditures for ensuring accessibility of the premises and prioritize such changes.