Disability, Voter Turnout, and Voting Difficulties in the 2012 Elections 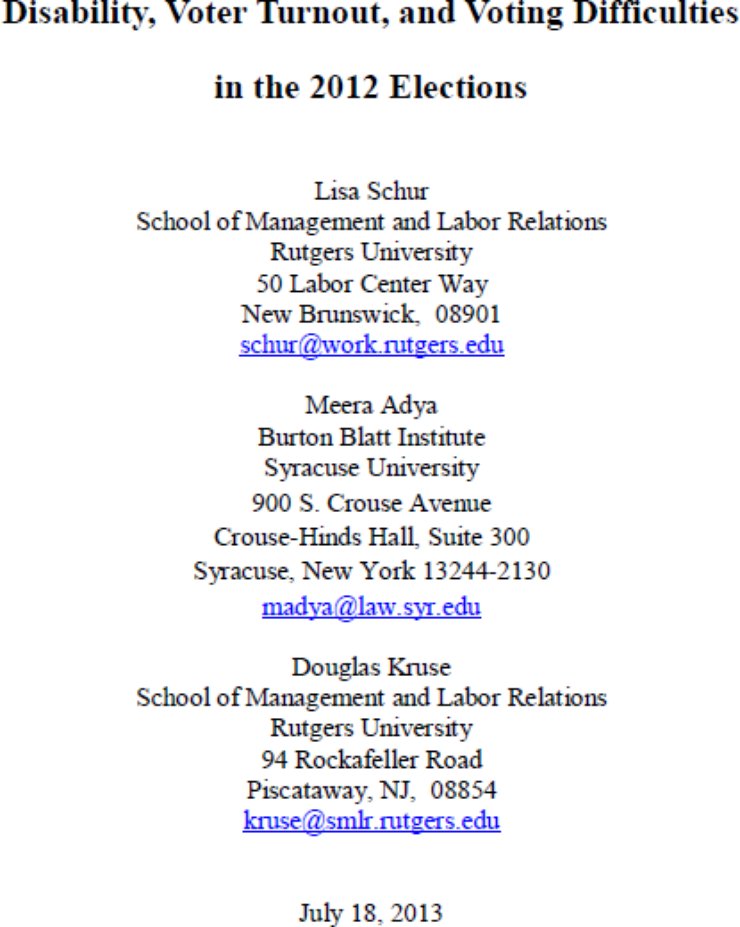 A study was conducted by researchers at Rutgers University and Syracuse University on the experiences of voters with disabilities in the United States during the 2012 elections.

Excerpt from the Executive Summary:

Ensuring that citizens can vote with little or no difficulty is fundamental to a democracy, and an important topic in public debates and policy initiatives. We report results on disability and voting from analysis of two surveys: the Census Bureau’s voting supplement for November 2012, and a separate nationally representative survey of 3,022 citizens following the 2012 elections that includes new measures of voting difficulties and experiences. The second survey was conducted by a professional survey firm, and was stratified to oversample citizens with disabilities to obtain a clearer portrait of their experiences and challenges.