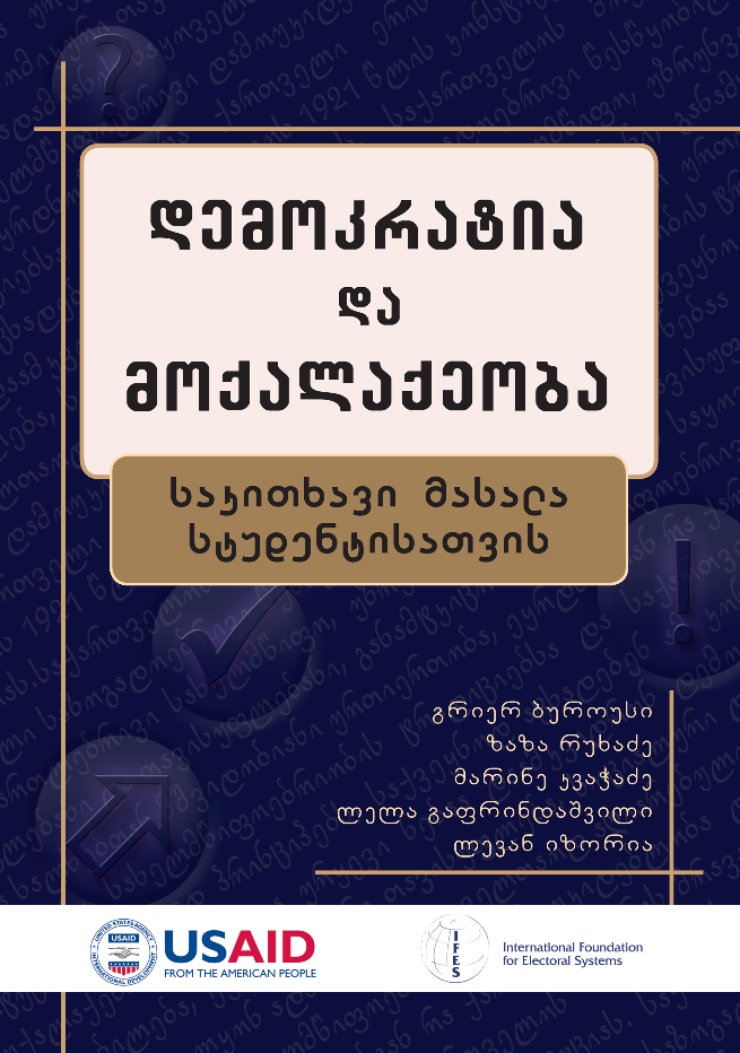 As part of a concerted effort to promote civic education and engagement in Georgia, IFES partnered with international and Georgian professors and experts to develop and publish a course book to accompany its ongoing civic education course. Both the book and course are titled demokratia da mokalakeoba (democracy and citizenship).

The course book, now available in Georgian and English languages, has been distributed to students, professors and others interested in civics. It will be made available to the general public at the National Library of Georgia.